2017 Trusting News Project: What we learned

DESCRIPTION: Invite users into your organization’s story. What are your values? What do you offer? Talk about the “why” of what you do, not just the everyday “what.” Make sure you know what user needs your organization meets.METRICS: Strategies in this category were assessed by the user response, both quantitatively (how many) and qualitatively (how valuable). Some were also assessed by link clicks as well. 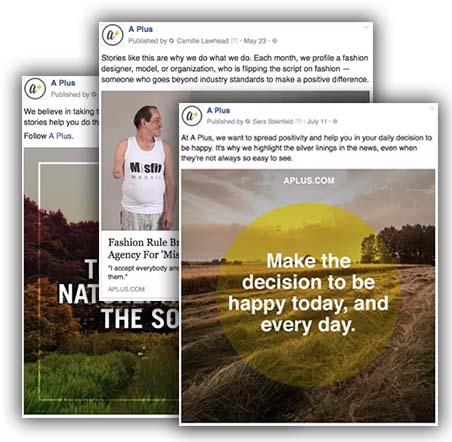 Telling the story of your work begins with knowing what that story is. What should journalists say about themselves and their work? What will users find interesting? And how do you encourage journalists who have been taught to stay out of the story to instead do the opposite?

We were especially interested in ways to communicate the value we offer our followers and what variables might affect how users respond to those statements. Articulating the story to be told was the most challenging thing about this strategy, and the range of attempts was broad.

As you look through these posts, think about the mindset needed to produce them. These journalists learned to be thinking about connecting their purpose, process and personalities to their posts.

The Ogden Standard-Examiner had a nice touch with sharing the process of their journalism. An especially successful attempt was a DIY photo album showing their audience how they could replicate a photo technique. In another post, when a visual journalists went out to shoot a meteor shower, the paper lightheartedly shared the fact that she’d gotten up at 1 a.m. to go to work. These posts were based in a knowledge of the kind of thing their audience was interested in. Engagement on both of these posts was pretty high (7.85% engagement rate on the DIY photo album and 4.91% on the meteor photo), and a few people commented on the meteor shower photo, tagging their friends and telling them they should make sure to watch the meteor shower. Someone also commented on the DIY photo album and tagged a friend. Both posts earned several reactions and had pretty good reach.

One reason those probably resonated is that they weren’t forced. They naturally paired behind-the-scenes info with high-interest topics.

In many cases, of course, it’s hard to separate the value statement from other factors. Did users react more or less to this WCPO post about Baton Rouge because it includes humanizing information about the reporter? Did this breaking news post from Enid resonate more because it included a statement about the staff’s long connections to the community? Did the excitement in the writing of this St. Louis Magazine post translate to engagement, or do the readers just love the topic? We can’t know for sure. But we did identify some types of posts that are worth trying in your own newsroom.

We thought posts like this one from St. Louis Magazine, sharing its very local perspective, would be more popular. But they often weren’t. It could be because the only point of connection for the user — rather than a piece of content — is the narrative of the magazine itself. The same is true for posts like this one from the Fresno Bee. And this free press quote from the Coloradoan. Sometimes quotographs work decently well on their own, and sometimes they don’t.

What tended to resonate more is when the staff identified value statements like these and looked for content to pair them with. In general, stand-alone values statements did not do as well as posts that attached values to content. There were exceptions, of course. When the Coloradoan highlighted its scholarship fund with a stand-alone photo, users responded much more than when a post focused on the newsroom’s backpack drive and tried to drive traffic to a story about the project. And why didn’t users respond to this Fresno watchdog post?

Posts that feel like ads consistently got little response. For Fresno, that was true for highly designed reporter branding, digital subscription promotions and even a quote from the paper’s mission statement.

Everyone needs an editor, and don’t overlook that step when telling your own story. When Enid had too much to say about its own history and mission or offered many ways to get in touch in one post, its reach and engagement were low.

St. Louis Magazine tried several times to direct users to its online events calendar, but those posts just didn’t get traction. Users seem more likely to respond to something specific (here’s what you need to know for this weekend’s festival) than something general (we enjoy helping you figure out what’s going on around town).

Another story St. Louis Magazine wanted to tell about itself is that it invests in longform journalism. That’s not an idea that resonated with users, either when linking to a specific story or when highlighting a collection of long pieces.

A few newsrooms experimented with branding reporters, and it was difficult to nail down patterns of success there. Perhaps the differences in engagement when Fresno highlighted these music, TV and restaurant reporters can be attributed to varying interest in those topics, but it’s hard to say for sure.

Ogden and Enid both created Facebook albums highlighting individual staff members, and neither got a lot of response. (Tagging the individuals increased engagement with those specific photos, but it was likely from people who know them already, not from readers.)

Posts designed to take users behind the scenes of investigations just didn’t get engagement. Perhaps with a different type of story, or with a more lively description?

Posts emphasizing newsrooms’ commitment to fact-checking didn’t get much engagement. Examples: We fact-check candidates’ claims, we fact-check widely shared opinions and we want you to know the facts. It could be that the political climate during the summer of 2016 was influencing news consumers’ appetites for fact-checking. Given the importance of this role, it’s worth continuing to experiment with how to frame and describe it.

Tips on writing styles and framing

The key to these strategies is anticipating what your users will genuinely connect with. Where’s the line between telling your story and bragging? How do we draw attention to what we’re doing without seeming self-serving?

That line is found with careful post selection and writing.

Post selection: Consider what your users are in the mood to talk about and respond to. When Newsy shared a photo of its all-female social team on Women’s Equality Day, it was received differently than if that fact had appeared out of nowhere on a different day. Is your community talking about charitable giving? Back to school days? College sports allegiances? Think of what you have to offer by way of your staff or your mission that might be especially appropriate.

Writing: Think about language that highlights common ground and values. We believe in, we value, we support. We’re watching out for you. We’re holding officials accountable. We love living here. We want you to be informed. We’re responsive to you. We help you live your life. We’re qualified to do this job. Don’t talk just about yourself. Think about how to frame that message in ways that show what you offer from a user’s perspective. And give people something to respond to.

Length: When adding elements of brand storytelling to a post, several newsrooms struggled with length. Posts like this one from St. Louis Magazine suffer from too much text, as evidenced in both a low reach and a low engagement rate. Sometimes, value can be communicated with a well-chosen word (like “transport” in this post) rather than extra sentences.

What happens when people talk back to you?

When you try to spark interest in who you are and what you do, users will often respond. It’s so important that we be listening when they do, however. More on this is on the Key Findings page.

Try it in your newsroom

Use this worksheet to engage your newsroom in a conversation about how to improve your relationship with your readers by telling your story.